Latin America reduces the number of women in senior positions

None of the three surveyed countries (Mexico, Argentina and Brazil) could increase the previous year’s amount. According to Grant Thornton International’s Women in Business Report, the region faces a great decrease in the number of women in senior management: it went from 30% of senior management positions occupied by women in 2018 to 25%.

In Argentina, the percentage of women in senior management positions barely reaches the 20% mark, 3pp down from 2018. Out of the 35 countries surveyed by Grant Thornton, it scored 32nd. 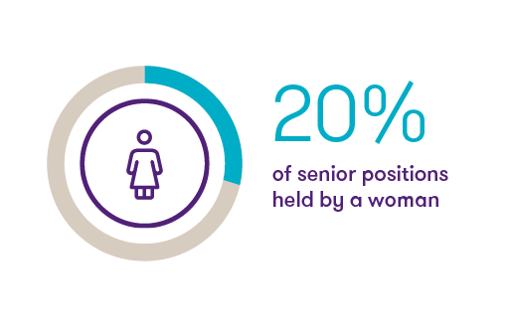 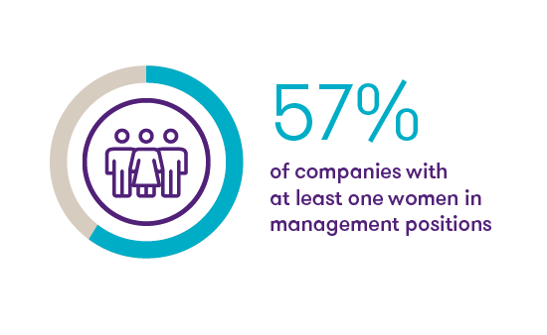 However, the region followed the global trend and was able to improve female participation like last year: the percentage of companies with at least one woman in senior management went from 65% to 83%. This isn’t a result, however, of Argentinian improvement, since it had the lowest score in the region.

Brazil and Mexico were both able to improve the gender balance in businesses with at least one woman in senior positions, with 93% and 81% respectively. In Argentina, the result is 57%.

When Argentinian respondents were asked what actions their companies were implementing to improve or maintain the gender balance in leadership, 40% mentioned the company ensured equal access to developmental work opportunities, followed by a 36% that said it enables flexible working and a 23% that creates an inclusive culture. However there is also a 36% that claim that no action is currently being taken to improve gender balance.

Women were asked what barriers were stopping them from acquiring tools and skills to be successful in their roles, to which 44,4% mentioned finding the time alongside core job responsibilities to do so. 38,9% mentioned the lack of access to developmental work opportunities and 27,8% says not having the money to invest in their education and skills development. Finally, another 27,8% declared nothing has stopped or is stopping them from acquiring new skills or improving existing skills. 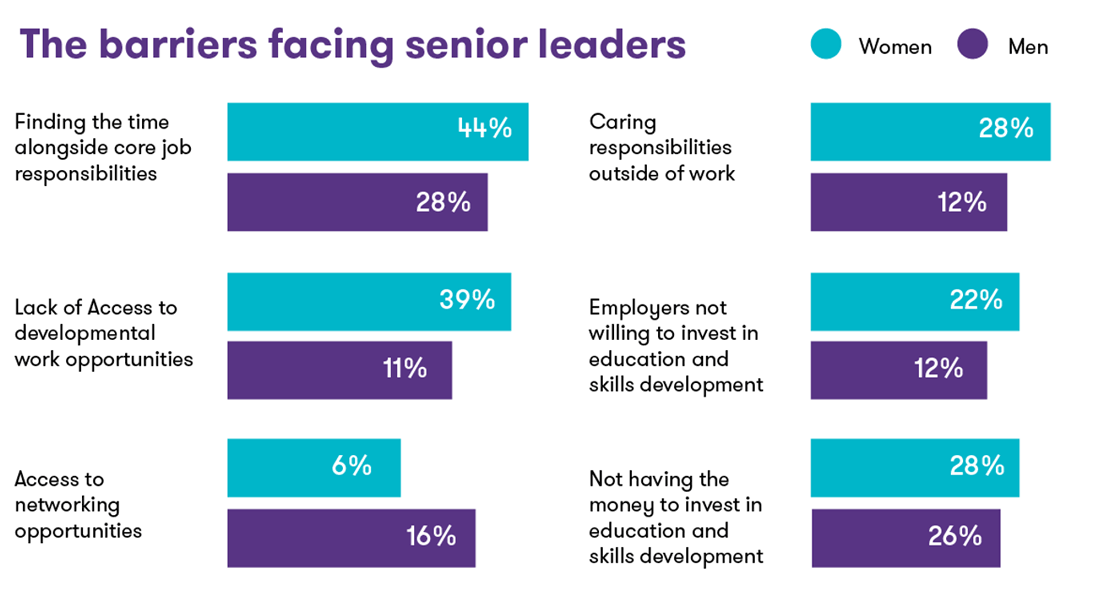