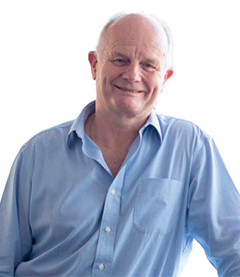 Arnaldo Hasenclever is Partner in Grant Thornton Argentina and Director for the International Business Center of Grant Thornton LLP. He has a Degree in Public Accountancy from the Universidad de Buenos Aires (UBA) and has a specialization in Banking (career of 3 years during his residence in Germany).

Arnaldo began his career in 1978 in Vereins and Westbank (Germany). He returned to Argentina in 1981, where he worked as Manager of Business Credits at the Deutsche Bank. In 1983 he joined "Adler, Hasenclever y Asociados" firm, where in 1986 he became partner. A key factor for the firm's growth has been and is to be focused on North American and European companies and Arnaldo has worked closely with many of these clients to nurture personal relationship with their partners and owners.

In 1987 the firm merged with the Polaris International global network and Arnaldo was a member of its Executive Committee from 1993 to 2001, representing Latin America.

In 1999 the studio merged with two other Argentinian firms and in 2001 they became a member firm of Grant Thornton International Ltd. (GTIL). Then, in 2011 he made a new and successful merger, thanks to which GTA was ranked as the 6th consultancy firm in the local market.

Since 2013, Arnaldo is member of the Board of Governors, in which he also participated from 2002 to 2004. During that period, he was also a member of the Governance Committee and the Budget & Audit Committees. He also held the Senior Leadership Program, organized by GTIL in 2013/14 at Saïd Business School, University of Oxford.